An increasing issue in medical treatment is the incidence of multi-resistance bacterial against currently available antibiotics. Especially bone infections after implantations are difficult to treat.

To handle this challenge in an efficient way, antibacterial coating systems like SeptoCer™ could be a solution.

Despite its antibacterial effect, SeptoCer™ provides a high biocompatibility and encourages an improved ingrowth behavior. The concept is based on a thin titanium oxide coating, which is comparable with TiO2-Oxide layer on titanium implants.

SeptoCer™ can be applied on all kinds of implant materials that are commercially available and raises their biocompatibility to a new level. 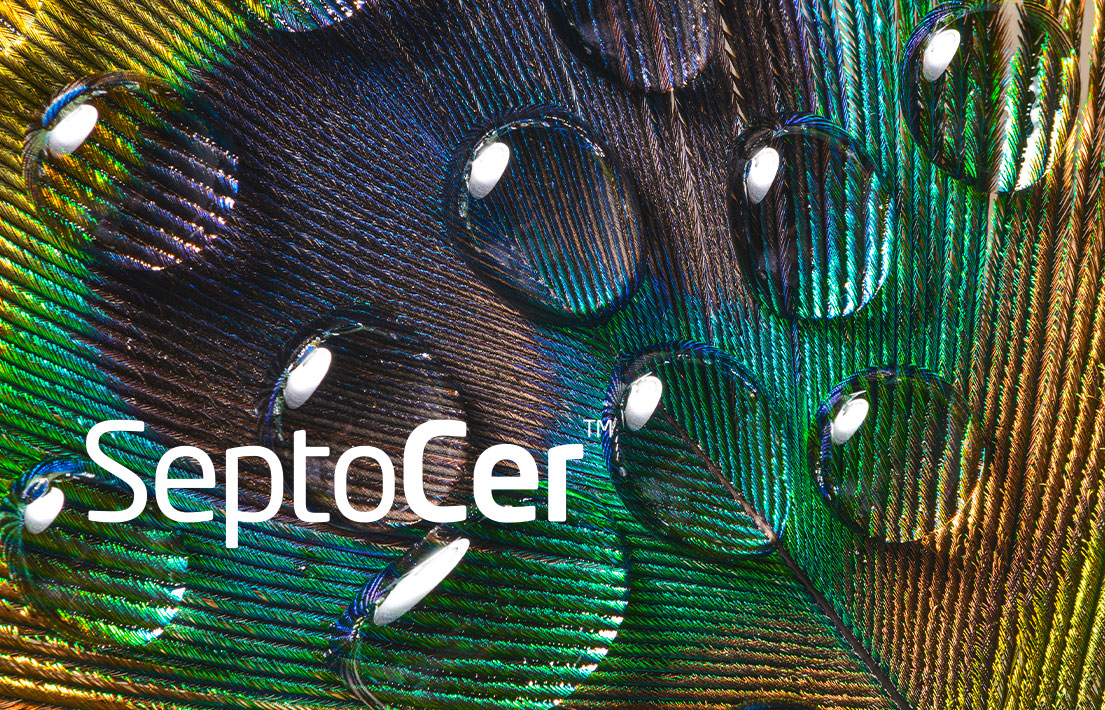 The coating is functionalized by metal ions. By release of these ions into the body, an antibacterial effect is generated. The concentration of metal ions is far below toxic effects for cells and humans.

SeptoCer™ is also effective against formation of bacterial biofilm. Therefore the risk of a late loosening of implants is widely reduced.

The efficacy is demonstrated in the shown scanning-electron-microscopical images – several clinically relevant bacteria strains were tested. After the cultivation of bacteria and tissue cells in a co-culture, a clear result is visible already after one day. On the standard implant surface cells are growing, but their supply is severely restricted by an excessive growth of bacteria. The SeptoCer™ modified material shows as well a surface with vital tissue cells as a high reduction of bacteria by several orders of magnitude.

SeptoCer™ coating system is designed to control the postoperative risk of implant loosening in a better and more individual way.

In our download area you will find brochures for our coatings.